"Look into the face of she who loves you more than you love yourself."

– Vassal to the Dark Prince [src]

Vassal is the self-proclaimed right hand of the Dark Prince appearing in Tales of The Darkness: Issue 1 and 2.

The Prince stopped a cargo freighter and send his Darkness Foot-Creature to investigate it. The captain of the freighter Fincher lets the creature to look a the offering they have to the Dark Prince so they could be given a safe passage through the system. Instead the creature goes deeper into the freighter much to Fincher's objections.

In the Darkness vessel, Dark Prince vassal says that this freighter is unworthy of his attention. The Dark Prince orders her to calm down as he has a good feeling about this ship.

Back inside the freighter, the Darkness foot-creature goes into crew quarters and stops by a picture of Gilandra, a women that wanted to become the mate of Dark Prince.

Back in present, the Dark Prince expresses that Gilandra was a fine creature and questions himself if he was to harsh to her. Vassal answers that she deserved no better that what he gave.

As Sela and Dark Prince enjoy quite time in the water, Vassal sends a creature to attack them. Dark Prince quickly kills it and they return back to the vessel. The Vassal then takes Sela to wedding suit were she spends the night.

Elsewhere in the vessel, Vassal tortures Captain Fincher declaring that she will have his and his crew souls for eternity

Later, Sela goes to check her crew in the detention area. Sela immediately notices that they're not acting normal. She is met by Attionette Rodriguez who begins to praise the Darkness. Suddenly Rodriguez reveals to be in reality Vassal. Sela screams at Vassal to leave her mind alone. Vassal instead turns into her mother Gilandra. She surprised when Sela calls her mother, expressing that she doesn't like surprises. Sela than attacks her, but Vassal knocks her out with one punch. Vassal then says that she would never let anyone to come in between her and the Dark Prince. She then reveals that her Darkness creatures already sent to destroy the Dyson Sphere and everyone in it. As Sela gets contact from her superiors, she hears as the sphere is attacked by the Darkness vessel and its creatures.

Sela then meets with the Dark Prince and accuses Vassal of treachery. She then shows her what he did to Gilandra, making the Prince to become furious with Vassal. Vassal quickly casts an illusion making the Prince believe Sela to be the enemy. Then suddenly, Gilandra appears behind Vassal, breaking the mindlock on the Dark Prince. The Prince hugs Sela and expresses love to her. Gilandra then urges them to run away until she can still hold Vassal. Reluctant, Sela and the Dark Prince escape. As they escape, Vassal overpowers Gilandra, saying that she will consume her and her daughters soul.

Sometime later, Vassal comes to the planet and raises the Dark Prince from the death. The Dark Prince recalls the past events only for Vassal to disregard them as mere dreams. As they enjoy each other presence, Vassal says that they have the rest of their lives to be together and it will be a very long time.

To the Dark Prince, Vassal is loyal and devoted servant of darkness, acting as his right hand. She gives guidance to him in ruling his vast space empire.

In reality she is cold, sociopath that used the Dark Prince as a puppet for her own gains even declaring that she the one who created him in the first place. Vassal would kill any one that posed risks in getting between them, like Gilandra or her daughter Sela The Fox. In her own twisted way, she loved the Prince even returning him back to life. Although she does lies about Prince memories as only just a dream. 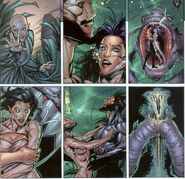 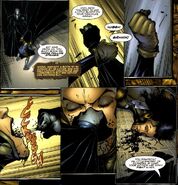 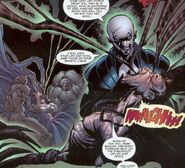 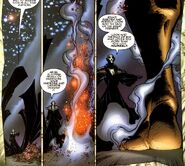 Vassal resurrecting Dark Prince
Add a photo to this gallery
Retrieved from "https://thedarkness.fandom.com/wiki/Vassal?oldid=14835"
Community content is available under CC-BY-SA unless otherwise noted.